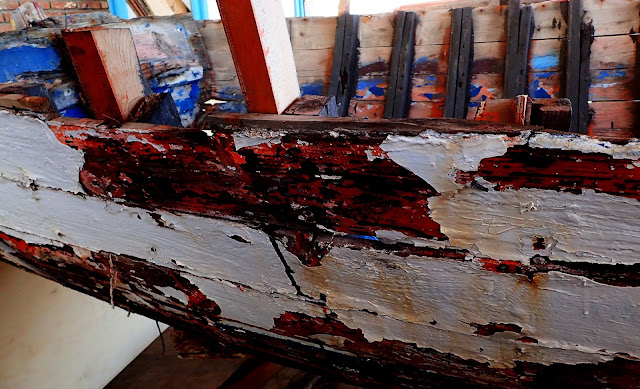 “How old would you say he is?” A simple question with a complex answer- sure, there must be a number, but he embodies timelessness in a way that renders a number irrelevant. He has the vigor and vitality of a man in his twenties, and experience and a countenance to render him ancient. As to his actual appearance, he is deeply weathered, hands of enormous usefulness with skin like armor. Men whose job it is to harness the elements – the sea, wind, fire – have a mythical quality about them. Mr. Psaradelis, the ship builder of Skala Kalonis, is such a man:

“This is the most beautiful of the arts, and like all arts, eternal.” 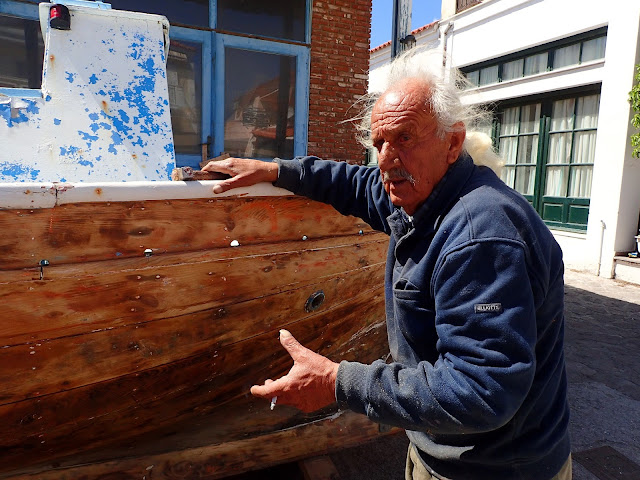 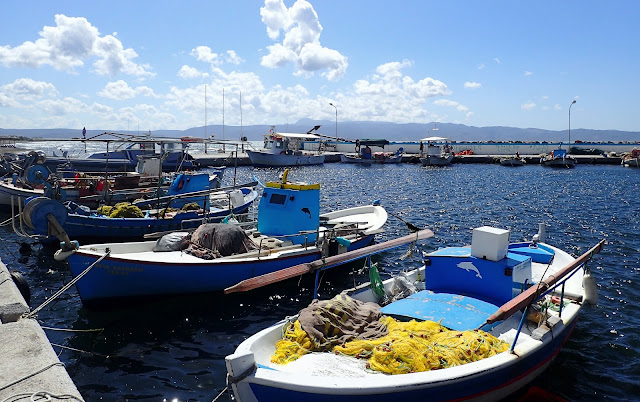 The life of the sea

The first time Ι came to Greece it was the sight of fishing boats – each brightly painted their own individual way – that made the most lasting impression. More than the Parthenon or Delfi, the boats embodied iconic, enduring Greece. The ruins, though glorious, are ancient. But the are boats timeless. They made the ancient seafaring past current. Now we are on Lesvos, land of pretty much everything we value about Greece (beauty, philosophy, grace- not to mention ouzo too). Skala Kalonis is the heart of the island, nestled in its inner curve. The harbor is flooded with that light Henry Miller liked so much and the wind nearly as strong. It is the perfect day, the perfect place to meet a shipbuilder. Mr. Psaradelis’ workshop is right on the harbor.  Mandoukas, his excellent dog, keeps watch. 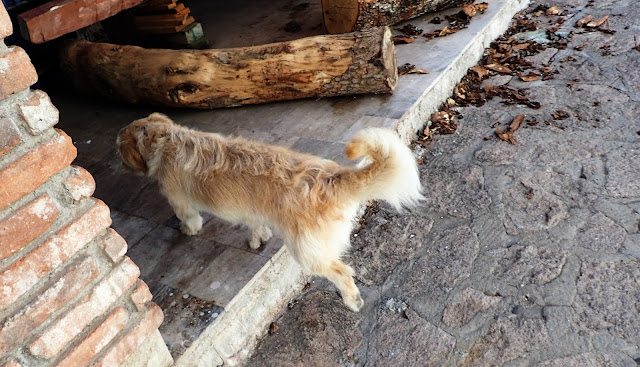 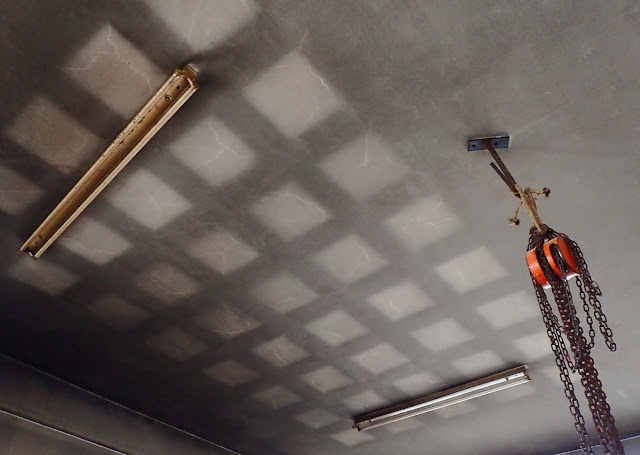 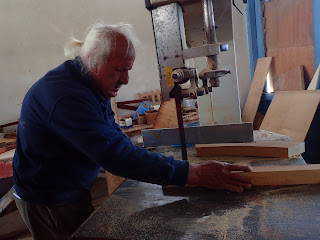 The inside of the workshop smells fresh-
“Pine is the best wood for ships, and particularly the Mytilinean pine – we are fortunate in this.”
His large hand is steady at the saw as the scent fills the air. But for the saw and the crane, not much has changed. How do you learn it I wonder. “Well, there is no TEI (trade school) – it goes from father to son, from friend to friend.” he explains as he pounds cotton rope between the planks to tighten the seal. 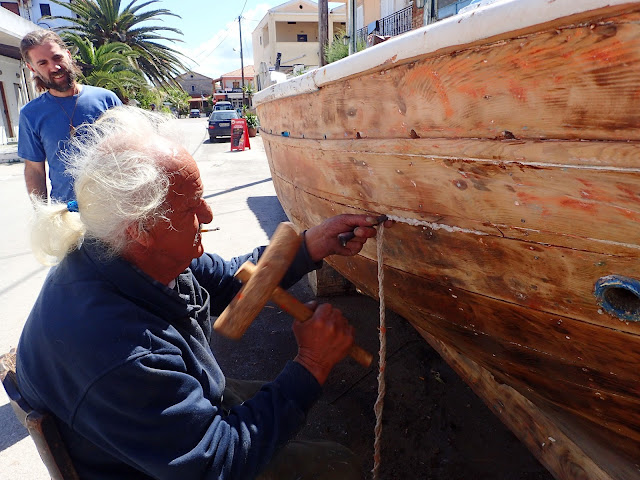 In the shaded courtyard is a large boat over a century old- he is restoring it. All its ribs exposed, it looks more like a being than a vessel, a formidable, noble being. He strokes it with admiration. “Wood is a living organism. It changes.” He helps the boat adjust to the changes, all its rich character left intact. And its skeleton? As with the bones in our bodies, every single piece of wood has a different name, as integral to the wholeness of the being as it is for us. 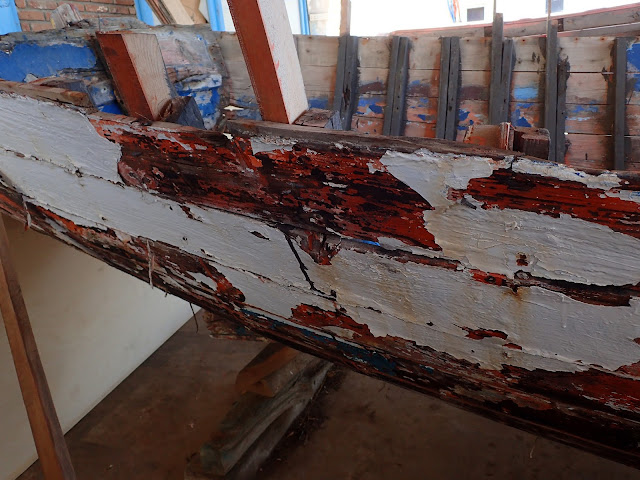 It seems to be a craft filled with eternal truths. Is it the oldest profession? He says that it is-

“Shipbuilding is as old as mankind.”

The Wild Landscape and Beaches of Kimolos