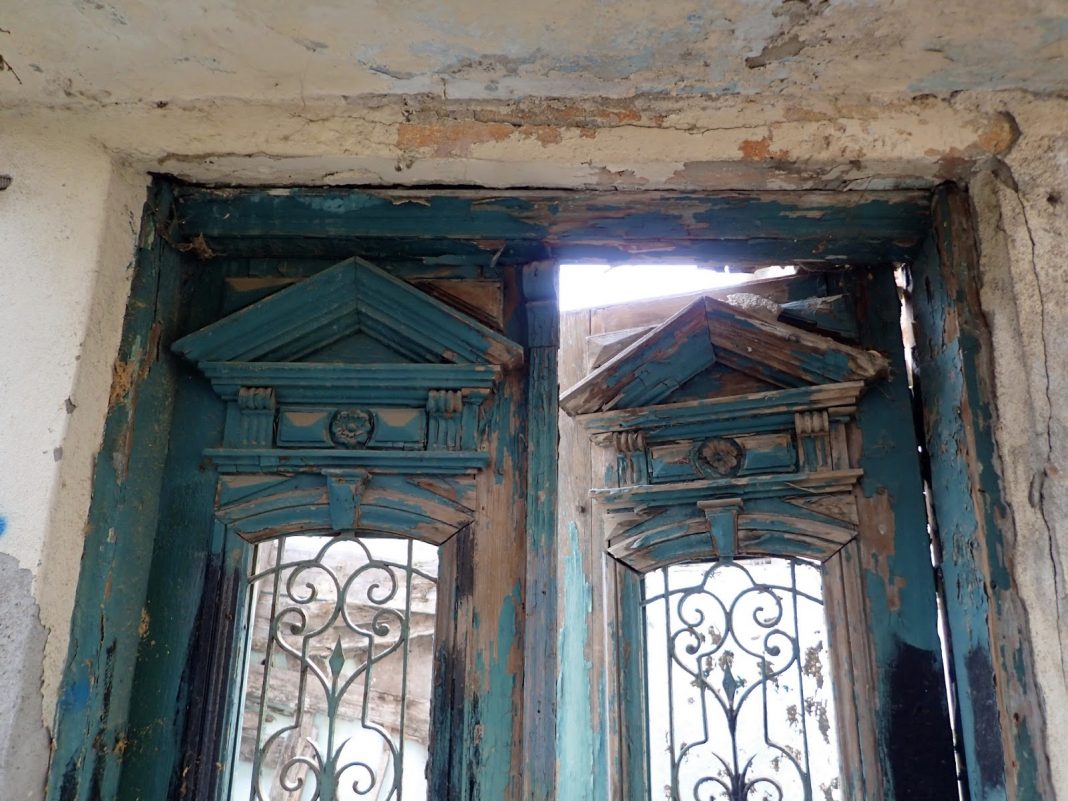 Rebetiko – the urban Greek Blues from Asia Minor that is full of longing and nostalgia – expresses the soul of Thessaloniki.

Rebetiko is not really music for sunshine. The weather today is just right- soft overcast skies that let that quiet kind of beauty flourish. It’s no more strange that a prison would be photogenic than that mournful songs would be beautiful. What are we doing at the old prison on a Sunday morning? Musing on beauty, a lot of which came from here.

We’re on an extraordinary tour that invites us in to the story of Rebetiko. A group in our hometown (Thessaloniki Walking Tours) breathes the vividness of a fairy tale into the history and culture of our city. The tours I have been on are not so much walking and seeing (plenty of both) as they are like grabbing at a thread and following it somewhere unexpected, unearthing legends and memories along the way, visiting personalities so alive in memory and song that they are only technically departed, telling their stories, and in so doing giving layers of meaning to ours.

Related post: Best Things to Do in Thessaloniki – Sights, Activities, and Cultural Experiences

Genti Koule and the Flourishing of Rebetiko

The tour was about a genre of Greek music of deep cultural resonance- Rebetiko, in philosophy not unlike the blues, or American bluegrass, but distinctly urban. Its history is tied to the turmoil of early 20th C Greece, and- like most genres with enduring meaning- it’s not without darkness and strife. So logically we meet our guide, Tassos Papadopoulos, at the very prison that figures prominently in the culture of Rebetiko, the storied Genti Koule. It’s the city’s highest point, visible from everywhere, and with a grand vista. This was originally a fortress, part of the Byzantine walls. The main walls of the prison are themselves a rich mosaic. Elements culled from earlier structures – columns, plaques – casually and randomly incorporated into the walls.

The more recent history draws us here. The Genti Koule became a prison at the end of the 1800’s, and was in use until 1989 (!). Everyone on the tour remembers this as a functioning prison, a place of recent, vivid memory. It is hard to imagine that it could fall into such a picturesque state so very quickly. It is a moving place. Right inside the enormous gate is the visitors area. A double screen of mesh separates us from narrow walkways where our incarcerated friends and relatives would be. We could chat through the fine mesh, but not pass them anything- weapons, for instance, or more to the point, hashish.

The Greeks who came from Asia Minor as refugees and during the population exchange brought a love of hashish with them. Illegal in Greece, it is not a jump to see how the prison fits into our picture. Rebetiko itself was not in favor of the years of Metaxas- like the Nargile, it was thought much too Turkish.

Moumourika – The Hypnotic Motif of Rebetiko

Art born of melancholy has staying power. Also art born of contemplation. Rebetiko casts a little spell- the repetition of a slightly plaintive, hypnotic motif takes hold of you. This is the characteristic “Moumourika,” bringing you into the song and moving you forward with it.  A repeated motif makes all the sense in the world. As Tassos points out, in prison you have plenty of time on your hands.

While we are on this narrow bridge stretched across the prison yard, Tasso is telling us some lyrics that came from here- Vangelis Papazoglou’s song of 1935 “Five Years’ Sentence”. A man behind me answers him, and the song comes to life as a dialogue, back and forth across the length of the bridge. It is completely spontaneous, not unjoyous- a moment that reflects the depth of the integration of Rebetiko into the collective psyche. We go back through the guard house and into the cell block, opened for us. This is the solitary confinement area, picture to the words of a poem about Genti Koule being “the tomb of the living”

We file out, contemplative, and outside the prison gates is a poignant, unexpected moment- two musicians have joined us

and we get to hear “Five Years’ Sentence,” right outside of the Genti Koule, and it’s beautiful.

You could stop here, at this one perfect moment, but we don’t- the history of Rebetiko takes us through the city’s spiritual landmarks.

We meander along the old walls to our next stop. It’s near Tzo-Tzo’s, a place for smoking and drinking and listening to rebetiko songs being played at one table or another, maybe a decade long closed, no one among us has not had at least one memorable (yet blurry) late night here. It had the best view in the city, or at least that was the rumor- years of the rich smoke of hand rolled cigarettes had long blackened it out.

Right where we are standing is a ruin of a house, one of its walls the wall of the city itself. When the refugees came from Asia minor, they took the houses the Turks had abandoned, but it was not nearly enough. The Byzantine walls were covered with shacks and houses such that the wall itself could no longer be seen. A bulldozer finally leveled them one day, but left this one standing:

(Tzo-Tzo’s is just out of the frame to the right. There’s no more point in photographing it now than there was in eating there then. But it was glorious.) Tasso fills in the landscape as we look over the west harbor. The cranes disappear as he fills it with beer gardens and skating rinks, concerts, a tram. This was the pleasure gardens of Bechsinar (in Turkish “Besh” = five, and “Tsinar” the plane tree, so beloved for its deep shade). Just up from this was the Bara- an enormous red light district of European-wide reputation. We hear the names of the old “Tekedes”- places to smoke hashish, and houses of cards and dice masquerading as tavernas. One, the Green Mill of the 1960’s, was right next to us. These were places not just to hear rebetiko, but to live it.

As we zig-zag down through the enchanted alleys of Ano Poli, we stop at Tstsani Square (merely formalizing the well-established immortality of Vassilis Tsitsanis), for some vignettes of his life –

In Terpsithea Square, next to the tomb of a Sufi holy man, more of this rich subculture comes to life. Rebetiko is a deeply urban music, one that also soeaks to the marginalized. We learn the different types of ‘Magas’ (tough guy), and their arcane sartorial secrets. It’s easy to picture them walking through the square, maybe starting a fight. We learn single words that tell a whole story. “Dervishopaido,” for instance- was the ultimate compliment: it meant one ‘who dances like a dervish’.

At the splendid Alaza Imaret, we hear of an illustrious career, decades upon decades on all the continents- a life so full it seems like a myth. Then to the cemetery for another life of mythic proportions and a funeral thronged with prostitutes. In the shade of the fountains by the Rotonda, one more tale- when we walk over to Alambra to hear more Rebetiko, beautiful Rosa Ashkenazy still dances in our heads.

Thessaloniki Walking Tours cover many themes, and are also given in English. We have 17 centuries and three empires worth of history in Thessaloniki- they weave it into some fascinating, lively pieces. Visit their site for details-

You can hear live Rebetika several nights a week at Alambra, Phillipou 80, near the Rotonda. 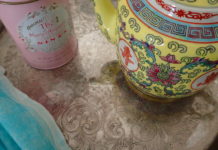 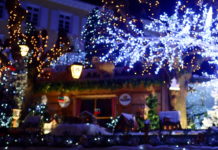 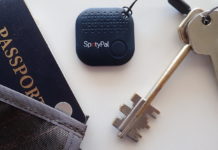 SpotyPal – How to Find What You Can’t Afford to Lose

The Shipbuilder of Lesvos