Before I visited Belgrade, friends more familiar with the upper Balkans said that the population is culturally sophisticated. Everyone, regardless of their profession, will be more or less familiar with works of the classic poets, the classic composers. Being American (such a new country!) in Greece (such an old one!) I was already a little familiar with the phenomenon. Visiting the National Theater of Belgrade filled out the picture further.

Visiting the National Theater of Belgrade

One way they accomplish this is by making culture so democratic. Belgrade’s Republic Square is not anchored by a municipal building or by a church. It’s defined by institutions of high culture- the National Museum of Serbia, and the National Theater. The Museum is closed for the moment. But the National Theater has a performance every single night There will be either a ballet, an opera, or a classical play.

How to get tickets

There is a site, but it’s tricky. Just show up, and look at the calendar (it’s all in Cyrillic which is surprisingly easy to make out). Then go to the box office in the entrance. A helpful gentleman spoke little English but we all made it work fine. The Nutcracker- playing that evening, only had only tickets in the top tier. Those were 400 dinar (about €3.40)- less than a ticket for the cinema. We decided on Verdi’s “La Forza del Destino,” playing two nights later, with great seats, for 1200 dinar. We found that the room is grand, but petite. Even those top tier seats wouldn’t have been too far from the stage.

The 19th C Opera house is glamorous. Some dress for the setting. But most are more casually elegant, dressing more for the place high culture plays in society- an affordable part of everyday life.

How the evening unfolds

We went 15 minutes early (our opera was a long one, with a 19:30 curtain). Ushers are volunteers and are not customarily tipped. It’s worth going early to enjoy the room- it’s everything you hope for in a Baroque style opera house in a European capital, from the angels on the gilded ceiling to the cushioned balustrades covered in Bordeaux velvet. As the performance stretches on, people rest their arms on them with their chins in their hands like little children.

At the intermission, refreshments are set up in the lobby- waters and soft drinks only- no champagne. The prices are low. The line for the restroom is long and moves slowly. But the intermission is long, too.

The conclusion of the evening is a surprise to those used to performances in San Francisco or Athens. Even though a large cast was onstage during the performance, only the principals do a curtain call, and it’s a brief one. (But- also unlike those other cities- no one leaves before the house lights go on, which was very nice.). It’s uneventful.

But then, it would be – they can come here as often as we go to the movies. 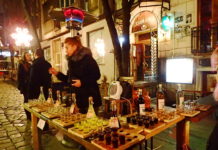 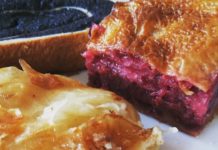 Best Things to Eat in Belgrade – Specialties in the City

ABOUT US
Hello I'm Amber. I grew up on a beautiful island, far from Greece, but in its ways not at all dissimilar. Read more...
Contact us: [email protected]te.com
FOLLOW US
© All Rights Reserved.
MORE STORIES